On May 20, I got a call from Kimberly, a novice beek in Wallingford, to assist in getting some remaining bees from a swarm most of which she captured the day before.  On arrival to the scene, Laura and I found the remaining bees were out of reach on a thin branch about 15 feet off the ground.

A plan was hatched based on a trick I learned in a conversation I had a couple years ago at a PSBA summer picnic with a retired beek from North Carolina.

The trick involved tying a weight to a string, then throwing the weight over a branch that was above the swarm.  This string was then used to pull a stronger cord up over the branch.  The cord was then used to pull a frame of brood comb (better if the comb had actual open brood) up as near to or in contact with the swarm.  The swarm then moves to the comb which then is lowered to the ground.

The main part of the swarm with the queen was already gone, so these are the remaining bees we hoped to capture and reunite with the colony.  The decision was made to hang the frame of comb (easy in this case) rather than pull it up with a string.

So here’s how it went, Kimberly taking photos along the way: 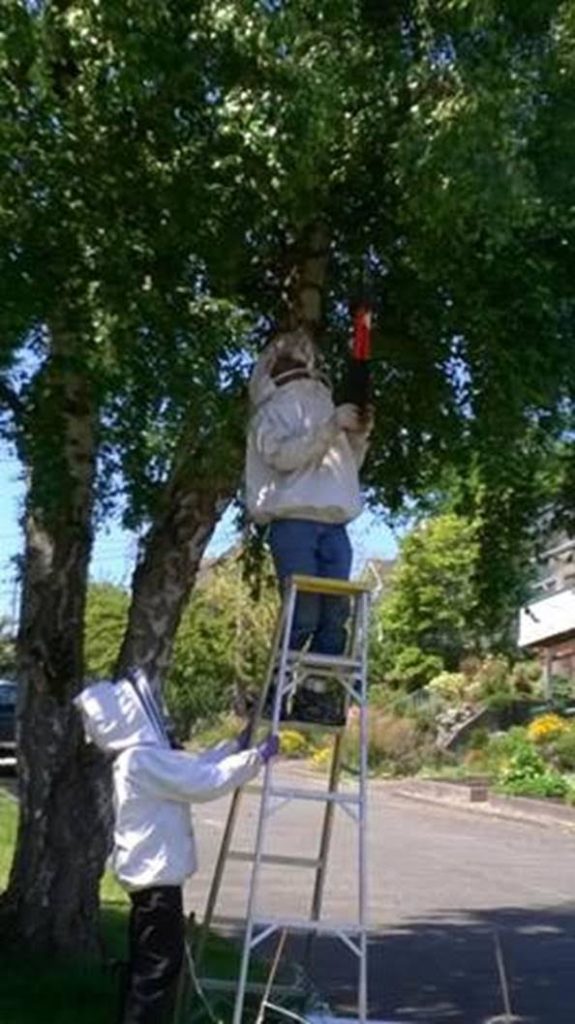 Kevin cutting branches out of the way, barely able to reach the branches.  Whenever using a ladder  – get help  to stay safe!  Call someone on the PSBA swarm list if you need assistance. 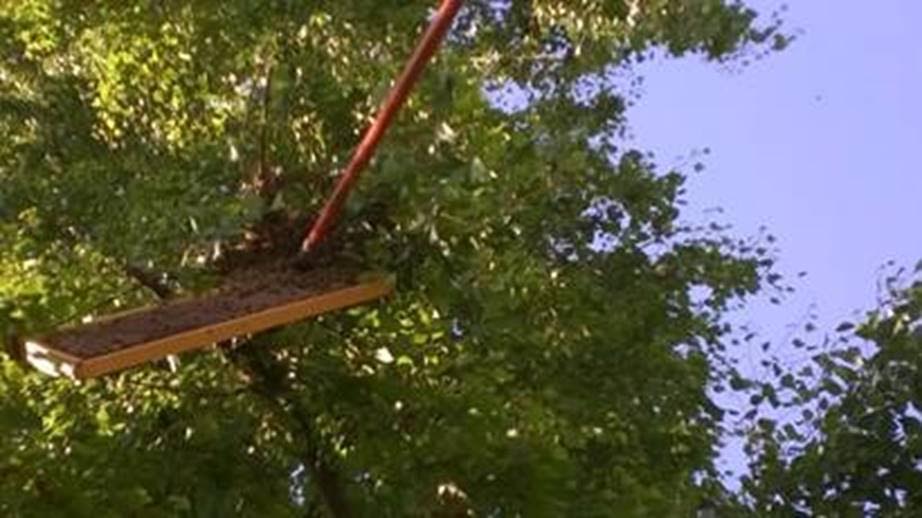 Hanging the empty brood comb in contact with the bees.  They started to crawl onto the comb.  Stirring the rest of the bees with the pole to make them fly.  They landed back on the comb. 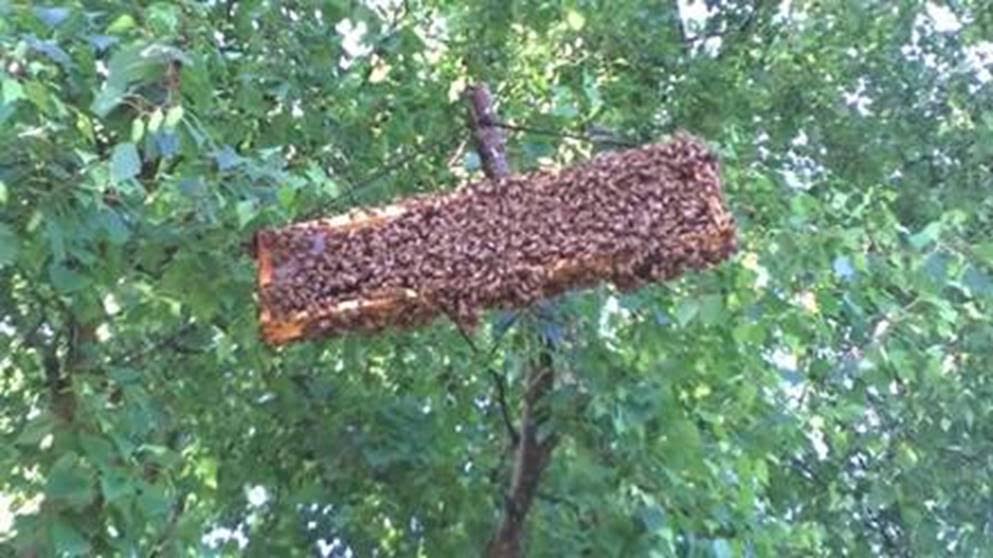 The bees are now all on the frame. 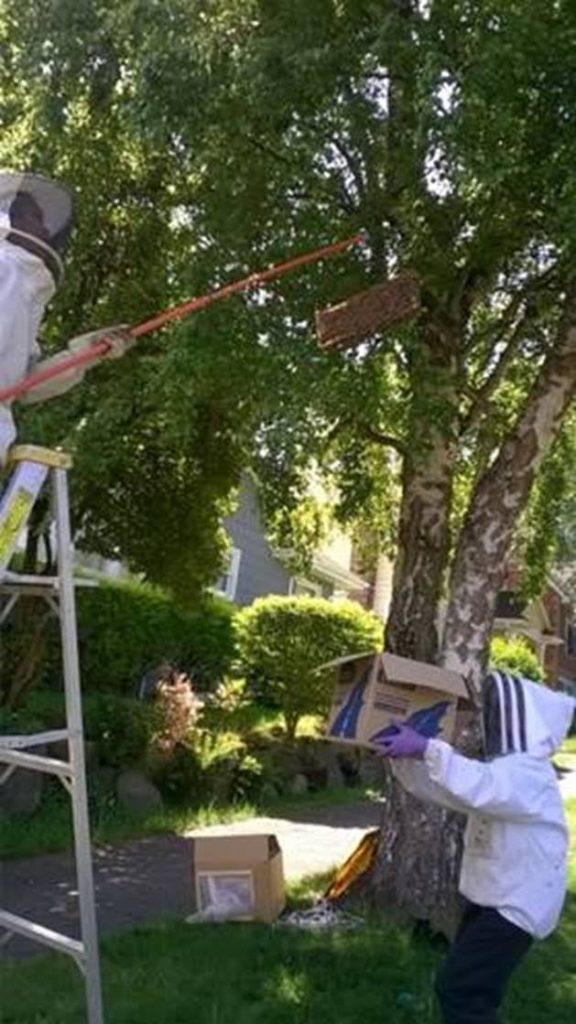 Lowering the frame.  Luckily, I didn’t drop the frame. 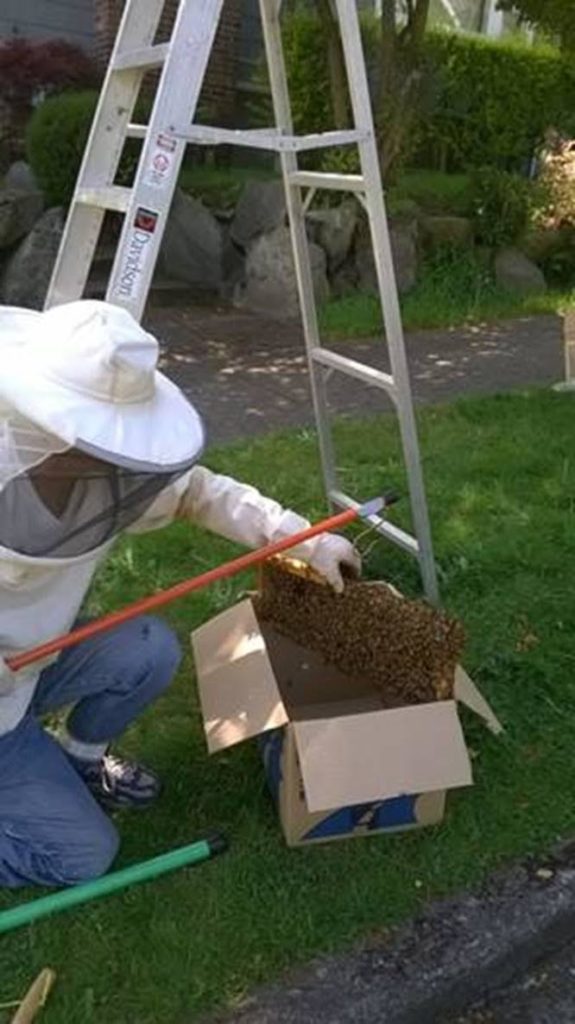 Into the box where we transported them to be reunited with the main colony.